In a recent study on the types of churches that engage and keep young people/adults, the Fuller Institute, discovered that the places where young people were most likely to stay were places of good emotional health. Their report is referred to here: http://wp.me/p2Az40-NP , and in pre-empting a future article I do wonder ‘what constitutes an emotionally healthy youth ministry?’ – but that might be for another time. Regardless of anything else – creating a safe place is seemingly one of the key commonalities in youth work and Ministry, a space in which the boundaries are known, where leaders are trained, where a risk assessment is done, all those kind of things form the basis of the safe space, or at least create a structure where there is a safe space. In a way, these help those with the creation of the space – more than the young people who participate within it. They might not know if theres been a risk assessment, or if the leaders have had child protection training.

I wonder whether the ‘Safe’ ness of the space has to be felt by the young people. A few years ago now when I was involved in detached youthwork in Perth City Centre, we met 100’s of young people most of whom were in small groups around and about, in the busyness of the city centre that was also usually full of adults in groups drinking, walking and sometimes being threatening. It was all part of the environment. It wasnt a ‘dangerous’ place per se, but there were dangerous aspects to it. Usually the young people wouldn’t admit that they felt in danger, or worried about it – but when we asked them about what they liked about us being around the said: “you help us feel safe”. On detached also, there can be that slightly awkward moment in the midst of a conversation, because the young person might not know the intentions of the youthworker, or there hasnt been an introduction – ie they feel unsafe, unsure, so by describing the intention they can then have more confidence in the space and feel safe in a any personal contribution to a conversation.

Those of you who have read my previous articles will know that I have mentioned improvisation before. Sam Wells describes improvisation as

Improvisation in the Theatre is a practice through which actors seek to develop trust in themselves and one another in order that they may conduct unscripted dramas without fear.

It requires both trust and imagination, knowledge of each other and also the overall direction of the play. The kind of trust, is not dissimilar that the notion of safety – but it is more than that. Safety might be the structure – trust is what people feel.

Improvising is about accepting and blocking offers. So the line from the actor accompanied by a gesture can either be accepted and incorporated because though it might be different, edgy or unpredicted it can be incorporated into the story, there is a risk, and a trust. The offer is blocked if it cant be done so or requires more than the skill of the receiver to be able to develop it as part of the play. But, crucially the offer might only be made deliberately if there is safety and trust to be able to do so, the predictable thing in the moment, is to stick to the script, so that the cues are well rehearsed and imagination lies dormant. 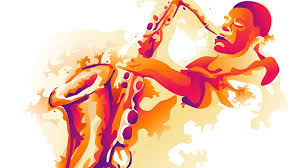 But it isnt. Because improvisation requires the stage and set to be created in a way where improvisation can happen. It is about created a safe stage, a safe place for experimentation, a safe place where lines can be tried and tested, where others are open to be responsive to new lines and cues, or to have to rely on new lines. Improvisation is less about responding to the variety of cues and taking up offers, as with young people creating an environment where they want to suggest offers and imagination and believe that their offers have worth, will be listened to or might even be accepted. What it means that for youth workers it is not enough to create a physically safe space, but a space in which young people feel as though their contribution will be taken seriously, or where the offers they make in terms of questions, critique, ideas are accepted.

It might also be that when young people do contribute into the conversations, such as those on the streets, in the clubs or groups, that these are indications that they feel trusted and accepted in that particular setting, what they have to give is given. It is an indicator of what is hoped for.

There is more to a space than it being safe to be, as youthworkers creating a safe space is in order that young people can perform and flourish, contribute and make offers – that are followed up. When we as youthworkers follow the offers we cant help but be with young people, and with them in the space that they are wanting to create for themselves, they become the creators and deciders, because they have a stage in which they can use their imaginations.

If a young person has given up on offering – what does that say? They dont trust the response? they don’t feel safe?  There is no space to even make an offer – that doesn’t feel like an interruption or a challenge to control? If young people need a healthy place to thrive and engage, according to the research, then a healthy place might be the kind of place where they are able to creatively contribute and make and have offers accepted. But it also requires that our desire in youthwork is to enable improvisation, its far easier to restrict, control and decide. The french word for youthworker is Animator, one who creates and allows the animation to occur.  Being a youthworker is to create safe stages and to response to the offers and creativity of the young people that we have given license to happen.

Credit also to Steve G Blower of the Sidewalk Project, Scarborough who prompted me to reflect on improvisation further during a conversation yesterday.