For those of you that dont know, the Channel 4 programme ‘The Last Leg’ contains a feature called (and ill only say it once) a Bullshit (BS)  Button. Its a bright red button that is pressed to signify whenever the presenters feel that what has been said in the media that week has reeked of the smelly brown stuff.

Its bright and its red, and the last leg even used it when they interviewed Nick Clegg a few years ago.

Why am i telling you this?

Young people are able to smell a rat, they are tuned in to things that look and smell like BS. And we have to thank God that he put this capacity there for them.

Depending on what their dominant view of society is will depend on what it might be that causes them to judge something so. But when something stretches their view, initially they might regard the idea as nothing more than BS. It is too extreme & different.

On other occasions, they just smell insincerity, fakery and triviality, maybe it isnt BS, but its packaged as this. And they often arent slow in telling us. 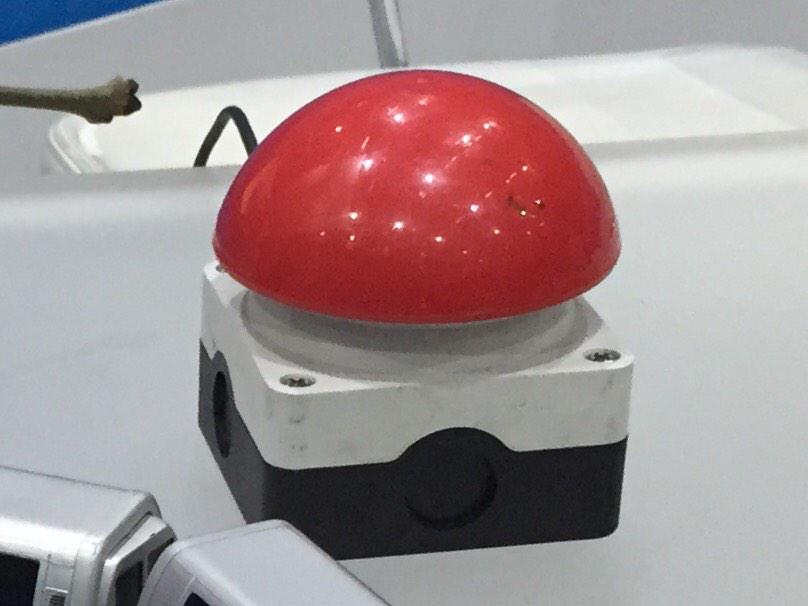 The difficulty is that all of us, young people and adults included are not always capable of spotting all the sneaky insincerity of life around us, the seemingly truthful car sales person, the clever marketing on TV, even the subtle and partisan nature of adopting the language, practices and attitude of neo liberalism, as highlighted in this article: https://www.opendemocracy.net/transformation/joel-millward-hopkins/neoliberal-psychology.  If something like Neo-liberalism, consumerism and the language of the market is the default position, then its going to be even more difficult for challenging positions to this to not have the feel of BS, because they’re so radical, such as virtues, principles, goodness and community.

But the point is that whilst we might have a BS button, and young people especially, there are times when the lie in front of our faces so blatant and has become accepted or resigned to. Cultures can become a consensus trance.  Its like the frog that boils to death in a bath that gets hotter from a cold start, doesnt realise it. Whereas the frog that jumps into a bath of hot water jumps straight back out again. Even with the most astute discernment its difficult at to label it.

If young people have a BS button – why does it matter to Christian youth work?

In most Faith based youthwork books there isnt a conversation about young people having an inbuilt BS button. It wouldnt get past the publishers.

But what is talked about is that young people are ‘intuitive Theologians’ (Kenda Dean, Nick Shepherd, 2016), from a philosophical point of view, Paul Ricoeur suggests that a persons identity is formed by the ongoing struggle to interpret ones life by the stories it appropriates as its own (Ricoeur, Figuring the Sacred 1995, p13) – we are hermeneutic selves. We are constantly interpreting ourselves, and the world around us and forming stories, and identities of ourselves that make sense.

With an established view of the world to start off with every young person begins to reform that story against new information, making interpretations and judgements of it. Some if the more outlandish get rejected , others accepted gradually or quickly, but all the while young people with a new awareness of their cognitive selves are making interpretations, they are intuitive, and only some aspects of new information might pass the test.

Nick Shepherd suggests that stories of faith to be adopted need to be plausible, reliable and identity forming (Shepherd, Faith Generation, 2016). If young people are in the business of adopting ideological myths (stories with meaning) to shape their lives around, which McAdams suggests, then these myths need to increase in their openness, reliability, coherence, differentiation, reconciliation and generative integration as a young person gets older (McAdams 1996, p110-113). Thats so that the myth itself does not require further reforming and tweaking when challenged at a later date.

If, as the recent research from YFC identified that 49 % of 1001 young people asked would explore an idea if it made sense to them (coherance/validity/plausibility) , and 45% if the idea was worthwhile (reliability/generative), and while only 27% would if it met a need – theres an argument that young people might not know what they might need or want to admit it. But it is still 27%.

The YFC report, though it wasnt from the research itself, suggested that young poeple ‘grow up in a cynical world. A cynical world created by whom…

What this means is that they are more likely to use a BS button , ie reject a new myth, that seems to contradict an existing one, unless it has coherence, it is valid and has meaning for them, and as Christian youthworkers we should be thankful.

Because it will mean that we stop over simplifying the Gospel to make it relevant, and make it meaningful instead.

Enable that when faith is explored, by young people on the streets and young people in groups and churches to be meaningful, and a myth that can be adopted, is plausible. An easy faith to believe might be needed for young people, but a simple faith and simple idea might need to be constantly reformed, re imagined as new information challenges it, or it becomes entrenched, defensive and dangerous. A simple myth is too easily challenged by another one that provides more sense or meaning or purpose. A simple faith might not be given the BS treatment, but a deep coherant one might enable the young person to give the BS treatment to a different faith, belief or system, or even challenge the subtleties of Neo liberalism.

But a faith that provides depth, meaning, hope and a connection with a God that creates, speaks and directs the world might, just might be one that young people find plausible. The Gospel isnt just a past tense story but an ongoing hope. As Ricouer suggests it is a complex story of endless metaphors (Ricouer, 1995), a drama of redemption waiting new participants in the action (Vanhoozer, 2010).

Because young people have a BS button, and are intuitive theologians, lets stop making the language of the Gospel relevant, its unnecessary. We need to treat young people as adults and show them what an adult faith and discipleship is like.

Pete Ward appealed that ” Youth ministry has at times served young people ill by portraying faith as clear -cut and matter of fact. This has meant that the otherness of God who is to be feared has been downplayed. The mystery has been debunked, demythologised, debunked and illustrated into non-existence’ ( like the youth event that once proclaimed to ‘come to the front to have a selfie taken with Jesus’)   (Pete Ward, 1996, Youthwork and the mission of God, p35)

It is the reduction of these things alone that needs to be questioned. if a relevant faith has simplified it to all non existence, and young people are not adopting it , rejecting it with their BS Button- then what about creating spaces where faith is meaningful, deep, complex and purposeful?

if young people in churches have their BS button trained to be switched off so that they’re convinced by trivial Jesus, then theyll not be able to stick it out. but if trivialising Jesus makes the evangelist look good….

if young people have a heightened BS button, because theyve not been socialised in a church, then faith has to be meaningful, coherant and reliable. Inauthenticity and triviality wont be tolerated.

Young people are complicated beings, but they are no different to the rest of us ‘in our cynical world’ – falseness, superficiality and inauthenticity gets the BS button treatment, when it can be recognised, and rightly so.  The challenge is to make the exploring of faith and beliefs for young people as part of ongoing discipleship plausible, reliable, coherant and meaningful.

Young peoples inner BS button might just cause us as Christian youthworkers to make faith meaningful and adoptable. Something authentic and true in a cynical world. If young people give it the BS treatment its down to how its been presented, not what it is. The challenges is how faith is to be performed and encountered the world of the young person and meets them in their space.  Young peoples inner BS button has to cause us to think about how they engage with faith, and faith becomes meaningful because it has meaning, not just because we want it to.

Pete Ward, Youth work and the Mission of God, 1999