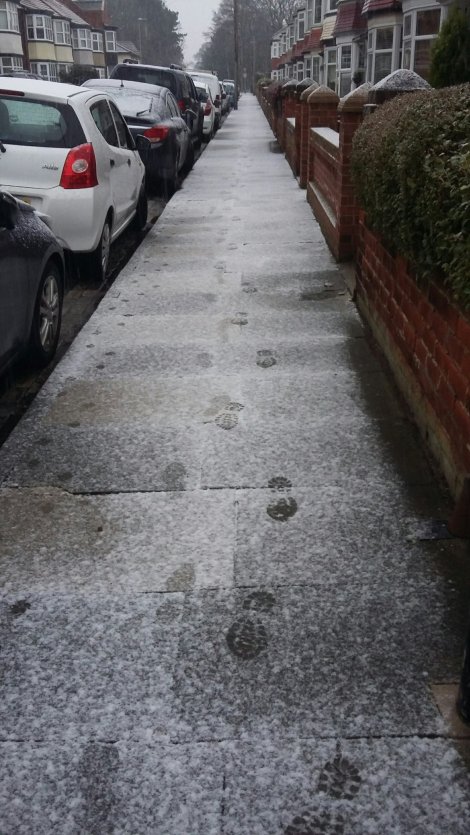 I was out running the other day a combination of getting fit, and winter training. I have have a number of routes around the edge of Hartlepool, nearly all are loops of some kind. Apart from the first few runs, most of the time now I start by heading left out my house, up the main road and then I have several options which I decide when I get there what I do next.

The other day my mind as I was running took me back to cross country running when I was at high school, we sent all team of runners including me to a destination somewhere in Leicestershire, to compete with others in our age group. We’ d leave early to arrive early on a saturday morning to the venue, via a long coach ride which was probably less than 20 miles from south leicestershire to somewhere else south east or west leicestershire. The reason to arrive early was so our little 12 year old legs could walk around the course ( a feat in itself) before we then embarked on running the course.

From memory, Burbage common had the woods and stiles, Hinckley had the ditch – (did you jump it or step it and get one foot wet?) , either way it was at the beginning of the course and there was no waiting at the time, shepshed was embankments (i think) but i dont remember any of the others. I just remember that there was something to be gained about visualising a route. Even if it meant getting up at the crack of dawn to get there early. I hear that many tour de france riders do the routes by cars often. The same maybe for marathon runners, though there’s no advantage if everyone knows the route but a disadvantage if you don’t in those examples. It’s even more needed in rally car racing.

When the apostle Paul says to ‘run the race’ he doesn’t refer to the exact route, neither does it seem as though he visualises either the route, or the destination. Just the prize. Knowing an outcome is big business. Whats the point in having church or business vision or strategy if it isn’t accompanied by what it is meant to achieve? Outcomes orientated funding and strategusing took over youth work practice to one of its downfalls. Outcomes predetermined, rather than negatived practices through relationships shifted the power dynamics in youthwork.

Many of the time under the guise of organisation survival and effectiveness. But as Giroux would argue; reducing the education process within youthwork to one where a young person is merely a consumer. We need to know the outcome before we start. Then we need to justify why it didnt work out. Or lie and say otherwise. That’s not every practice of youthwork, and some youth ministry that has institutional outcomes might be the same.

Step forward the church. Step forward practices of faith. Leave behind trying to visualise the route and outcome and faithfully take cues and prompts from the context.

Goetschius and Tash said it was about strategising from the point of contact.

Freire says it’s about ‘making the road by walking’

Two disciples after Easter sunday could visualise their 7 mile walking route south of Jerusalem. What they didn’t plan for was Jesus interrupting and them choosing a new path. . And to run the route back. (Luke24) When Jesus told the disciples to go two by two, it was to a place and find and welcome. It’s what he showed them with the samaritan woman (John 4) , it’s what Paul does when he meets Dorcas. There is something unpredictable in both these scenarios.

Visualise the route? Maybe only Jesus could.

What if we cant visualise the route – whats the alternative? feeling it as we go? taking all thats required.

My Dad was a bit like that, his Van was full of tools whenever he turned up at a plumbing or heating job, he’d never know what he might need till he found it, that was until he would get some of his tools nicked from a full van. However, having plenty of tools ready, just in case, is no bad thing, putting tools in the box is what we talk about in Here be Dragons ( see above link), tools that might never get used.

Jesus talked about taking tools too, but not to overcrowd the van with equipment- travel light– the real tools are to spot the people who offer hospitality, who have gifts willing to give and share, and be a good guest in the house. Sometimes when I am tasked with a lecturing job, or training opportunity, I do the same visualisation process, Its something I learned from Training to Train courses, and something to do to that i used to need to overcome nerves and pre public speaking panicking. Not that i dont still get nerves. But Visualising what, where and how something might happen is a positive skill- especially in those moments.

When Pioneering, or in Youthwork (same difference at times) – is it possible to visualise the outcome? or better to visualise the way? The theological position that Vanhoozer urges is that theology is one of many prompts in the midst of the action, and God’s voice is another. We are still free agents to respond as it is an act of obedience in the moment.

We do visualise the way, it’s the way of hope, love and goodness and create pathways for young people to participate in the same. What we can’t do is visualise the route, that’s what faith is for… But its counter to outcome funding culture, counter to institution saving through strategy culture.

It’s why improvising the route might be pioneering in this culture.

Paulo Freire – we make the road by walking

Goetschius & Tash – working with the unattached

Vanhoozer , The drama of doctrine.