In The Hobbit, Gollum asks Bilbo the following riddle, one to answer in order for Bilbo to save himself:

This thing all things devour

And beats mountain down

It is the fifth riddle of their six, and one that takes the longest to make a response. Spoiler alert, but the answer in case you didnt know was ‘Time’.

Last week, I was leading a session with a group of volunteers at a church in the North East, who were thinking about how they might begin to make connections with young people in their local area. Usually, these conversations begin with fairly negative opinions about young people, followed by ‘we tried a youth club in the 1980’s but they smashed the windows, and theres no way we’re letting young people into our newly refurbished church building’ but this time it was different. The volunteers recognised a different problem. And this might also be common. 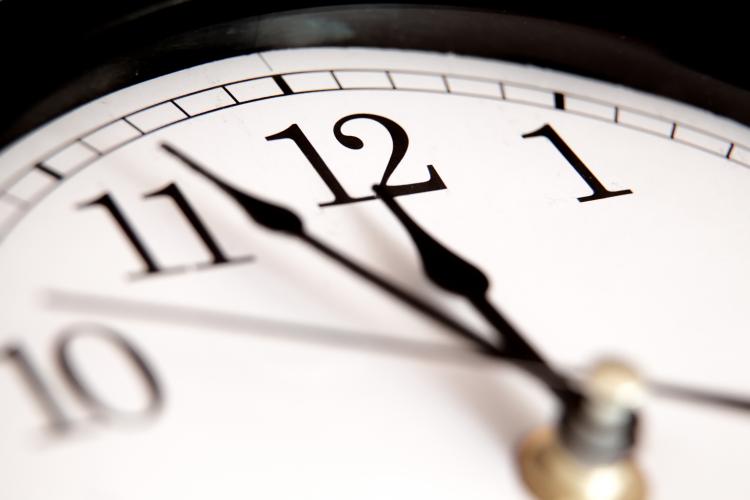 Young people had no time.

The young people in their local area had been signed up to uniformed organisations since the age of 2, sports clubs since birth, and were busy busy busy. Their time was precious. But their time was preparing for day to day activities, being taken to them, recovering from them, doing homework, achieving certificates, and ensuring that they were putting as much stuff on their CV, or being given every chance to be the darling of a family. Young people in that local area had no time. There was no gaps of ‘wasted’ time ‘with friends’ – minutes were occupied.

The discussion went a number of ways. But it got me thinking, and I have begun to reflect on a number of things in regard to ‘time’ since. Please excuse me for sharing them. I was part of a ‘generation’ of volunteer faith based youthworkers for whom one of the mantras that was used was ; ‘In regard to young people, how might you show them that you care deeply about them? – give them time’  or ‘Spell LOVE, T-I-M-E’.

In Nicholas Healys writing on The Nature of the church, he settles on the sense that in the Theodrama of Gods ongoing redemption (see other posts on this), the church is called in its ministry to be both Practical and Prophetic. Giving people, especially young people, Time, is both these things.

Time within Christian youth Ministry can often be talked about on the basis of ‘God’s Time’ ie Chronological time, (Chronos) and Kairos – the time in the moment, the present moment of ‘the now’ of being present to hear God in the moment, God interjecting into the time and space of the now in a disturbing way. These are talked about alot. In the Theodrama, it is said by Kevin Vanhoozer, ‘that God creates and enters into time in order to communicatively relate to creatures’ (Vanhoozer, 2010, p272), and that Theodrama is the space and time of Gods dialogical communication with Human actors and respondents. (p273). In a way this is not the place to expound on this further, the references are below, and Anthony Thiseltons The Hermeneutics of Doctrine is also useful on this.

Time, is often given the precurser ‘Space and Time’ also (as above) , that ‘we need to give young people space and time’ , and in thinking about this phrase, I have often thought more heavily about the ‘space’ aspect of this, and thinking about how ‘spaces’ become ‘places’ (places of Home for young people, safety, belonging, conversation), as the environment can be/ is critical for youth work practice. What i hadnt thought about as much was ‘time’ in that phrase. Not so much. And not so much in thinking about ‘Time’ as being practical and prophetic in Youth Ministry.

However, the piece of thinking that ties some of this together is from Girouxs essays in ‘On Critical Pedagogy’. The construct of Time has emerged in one of his essays, obviously he does not deliver a theological piece on Chronos or Kairos time. Instead brokers a conversation about two other forms of Time. Public Time, and Corporate Time. And i wonder. Which type of Time are young people subjected to the most?

For a moment – think about Gollums riddle. Time is not the precious, Time is the enemy. Time consumes, destroys, speeds up. Time and how it is allocated is about power, influence, authority, and shapes identities through sets of codes and interests. In short, Time (you wont be surprised to hear) is political.

“Time has become our enemy, the active society demands that we keep moving, keep consuming, experience everything, travel, work as good tourists more than act as good citizens, work, shop and die. To keep moving is the only way left in our cultural repertoire to push away….meaning…(and consequently) the prospects and forms of social solidarity available to us shrink before our eyes” (Peter Beilharz)

Public time, according to Giroux, is the opposite. It rejects the fever pitch, the rush and the speed, and Slows. It. down.

Public time offers room for knowledge, learning and critical thought, it is a time for questions, learning and ongoing self awareness and understanding.

‘Public time challenges neo-liberalisms willingness to separate the economic from the social as well as its failure to address human needs and social costs’ (Giroux, 1999, p115)

Whilst Giroux’s critical essay is directed squarely at the North American Higher education system, circa 2000, and specifically Bush, Reagan and Obamas Educational policies. His plea is that Higher education can maintain Public time within its institution, his fear is that corporate time has won out, and young people are subjected to only efficiency education, testing education and education that serves only corporate american, reducing and narrowing the curriculum. Why am I saying this? Well, he also suggests with no hint of optimism, that any place in which young people are educated has the opportunity to give them spaces of Corporate or Public Time. Where he obviously favours the latter.

Lets rewind a bit. If a church is to be practical, and prophetic in regard to how it views young people, and engages with them, might that include being prophetic about how young people ‘pass’ through time?

One of the most common questions when I am on the streets on detached, is that young people ask ; ‘what are you here to do?’ There is an inbuilt ‘corporate time’ aspect, there is an expectation that they are only a project, a strategy, a pawn, that I am only engaging with them to ‘do’ something. It is challenging to offer ‘time’ for nothing. Often challenging to communicate this too, in the heat of the moment. Life in a transactional lane for young people is corporate time and a wagon they cant get off without being suspicious. Yet church can offer public time. Sadly, it can be as guilty of only offering another version of corporate time.

There can be a tendency to make Jesus rush around (thanks to Marks gospel of ‘then Jesus did stuff’), but though much happened, there was plenty of ‘non’ space that Jesus had walking, travelling, talking and responding to the questions of the disciples. If he wanted an easy ride, he wouldnt have included Peter in the party. Peter asked questions and hoped to understand. Peter slowed Jesus down a bit. Jesus gave Peter critical awakening time. Discipleship in that relationship was about Time. Public time.

What might a local church do – to be prophetic about young peoples time? On one hand it isn’t to make their time more precious or busy. But might it provide space and time to help young people slow down. Maybe the choice and contemplation of the cathedrals is one reason they are popular. Maybe thats what people like about coffee culture, its time to slow down. Maybe thats why discovering young people in their ‘public’ time moments on the streets, or gathered in places of choice is so precious for them, they need space to escape or react to pervading corporate time.

Turning churches into businesses, and looking to the corporate world for Business strategies, has the effect of a church becoming run on corporate, not public time. Efficiencies, business, activity, plans, meetings, can all reduce the value of prophetic public time. The space of conversation, the space to slow down and value a person, and value the moment. Time is political, and for ministry with young people (and all people) an understanding of public over corporate time, might help us in our work do practical and prophetic ministry.

Thiselton, Anthony, The Hermeneutics of Doctrine, 2007