It used to be (when i was growing up) that people in churches were told that they were scared of evangelism, for the decade of evangelism, then people were told not to be scared of the Holy Spirit, either during Pentecost or as a backlash from the heady days of the ‘toronto (or whatever it became) blessing’. And as a result there was a reassurance given about these things, before then the experience was given of them. Both ‘Evangelism’ in its day (is it standing on the street corners or door knocking) or the Holy Spirit ( will i speak in tongues) had a fair share of bad press and ambiguity about them at the time, and so, reassurance was probably needed, and at times still is.

But now there is another ambiguity that seems to be creating the same scared overtones in the church, (no its not GDPR), but Pioneering

The dictionary defines pioneering as ‘involving new ideas or methods’ . Which may be as simple as it need to be as a definition. However, that hasn’t stopped it being used in a plethora of ways in the christian community, notably in the last 5-10 years;

There’s pioneering practices, pioneer youth ministry, pioneer approaches, pioneer course, pioneering clergy, pioneer curate, and probably a whole host besides, there’s probably a pioneer church administrator and pioneer PCC secretary out there somewhere. Some job descriptions ask for ‘pioneering’ people to fill what boil down to the same role someone was doing before (and would take immense culture shift to change)

So, in an attempt to gain insight into the current thinking, frustration or creativity around pioneering, i asked the following question on twitter:

Has ‘pioneering’ become the buzzword no one knows what it means? What might you say it means? #ywchat #youthministry #mission #church

These were the responses:

Is pioneering the new emergent? @mcymrobin

Go to the margins, experimenting, loving, listening, co creating and ultimately annoying the hell out of the centre. Been told many times if they don’t want you dead then you probably aren’t doing it right! @gemmadunning

To pioneer is to go where the church isn’t or hasn’t been for a long time, to journey alongside people and grow a Christian community that is relevant to those people where they are @markrusselluk

Do you mean “innovative stepping out in faith to create something in new wine skins that isn’t encumbered by institutional hierarchy but need to be given permission by same to flourish in their fresh expression of this mixed economy approach to being a witnessing community?” @alicampbell_68

To me pioneering is the Ministry of not fitting in… Never feeling fully comfortable in any church setting because God is always doing something new so churches ‘should’ be open to change but humans are change resistant so pushing for change is a hard place to be in; @JHOsborn

For me pioneering is about ‘stepping off the map’, going to the new place to which God calls me. Laying down my life & agenda.Listening to the community & God. Unconditionally blessing & serving those outside the church context. Sharing God’s love. Joining in with what emerges…@revaliboulton

To break new ground for the kingdom / with the gospel… To take the church to places it isn’t flourishing & cultivating it afresh. @Drmarkscan

Pioneering is living life on a knife edge of not knowing, with no certainties (of establish church) and in everything you do stepping out in faith that God/Jesus is going with you and before you. Pioneering is leaning how to readjust, change and adapt when things don’t work @monty_blog

To pioneer can be a lonely journey being with the people walking alongside people in their natural environments in the community but always showing Jesus ! @suziqvk

A Pioneer, someone who sees future possibilities and works to bring them to reality, not only dream up new strategies, they implement them, ‘dreamers who do’, seeing prophetically and rightly navigating the edge lands in mission out of love, for Jesus Christ and for the Church.@mummymcalister 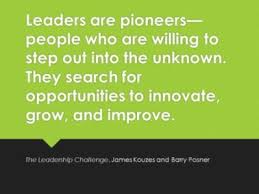 Heading out into unchartered territory which gives the freedom to succeed or fail, and both are accepted. When it goes well it forges a path for others to follow, with understanding of the lessons learnt. Pioneering: Trying out something not done before.@piglets4mum

I thought Christian pioneering was taking Christianity to places devoid of faith… isn’t that what pioneers are?? People that are the first ones to occupy an area and make it into a community that is living and thriving before moving on somewhere new to replicate the experience? @artsytype_83

To boldly go where the Christian presence is least and virtually non existent. @stalbansdyo

Contextual mission that, in the manner of Star Trek, “boldy goes….” @revjonbarrett

a self- confessed minority opinion was given, they stated that they thought pioneering meant;

this person also said: I’ve a half-baked theory that when people say “pioneer”, they ought to speak of “permanent deacons”. The ordinal for Deacons states “deacons are to… search out the poor, weak, sick, lonely & those who are oppressed & powerless, reaching into the forgotten corners of the world”

In effect, it might argued that to pioneer is christian ministry is to do what was supposed to be done, and not be consumed by the institutional stuff it has become. In a way its not really pioneering at all, just reclaiming, and reverting to what original practices might be.

One response was a little on the nose, from a new-ish minister, with the title of ‘pioneer curate’: I am reseeding, restarting, refreshing, replanting (whatever the right word) a parish that was allowed to die, in decline to bring it back to a place of living and thriving – I must be a pioneer ! (remains anonymous)

Though talking of on the nose, this tacit response was directed at the systems: Pioneering: Basically, doing traditional parochial ministry, which parish clergy no longer have time and energy to do because they’re busy answering endless questionnaires from the diocese about why their parochial ministry isn’t working.(@fortonchurch)

From the discussion, a range of other questions emerged (see what i did there)

Any thoughts in what we used instead? Sometimes I use old school ‘missionary’ as it sort of says what it does on tin – but also has imperialistic implications, rather than laying down our lives & agenda to serve a new community/context?

Maybe it should be known as Church planting 2.0? (if pioneering has become over used)

Not many people directed me to articles in the field of pioneering at the moment, however, this one was brought to my attention: ”Pioneering Mission is… a Spectrum?‘ In which it looks like someone else has done the same kind of exploratory exercise, looking at the key writers and definers of pioneering. In a way, my survey has been less academic, and may have captured the mood from the ground a little more. However, it is a good piece and worth checking out.

Pioneering in some places might be as scary as ‘The Holy Spirit’ or ‘Evangelism’ might be said to be, it might be as confusing, or even as unheard of. Just a ‘new’ flangled thing’ that Millenials are doing to ‘wreck the status quo’ – when i say millenials, i mean those who grew up in youth ministry and are continuing to shake things up a bit. Pioneering might be too much of a step, or it might be what the church, thats just started a messy church, or a community event, might already be doing without the need to define it. The problem with defining pioneering is that it reduced it to something, the problem with overusing it is that what it could be about becomes lost in over use. There are also many images and metaphors around about pioneering.

as these people also said:

Absolutely a buzz word with a plethora of meanings….it is so over used that it has become meaningless…..!

whenever it works well it (pioneering) is fabulous, Whatever works well actually means!

I am not going to end this piece with my own definitions, as that in itself wouldnt be very pioneering. What is interesting for me is that when i was in the Scouts growing up, if you had said the word pionnering, i would have though you meant to create a structure using raw materials ( rope/poles) as a team in order that that structure did something. Ie was a bridge, a platform, a pulley. It was a team effort to be creative, and was a great way to spend 2-3 hours on a scout camp.

Pioneering, in that sense was about ideas, creativity, using resources, planning and strategising. It was about making something from nothing, and it was about team work. Sometimes it was about competition. But it wasn’t about doing something alone. The problem in the elevated view of alone working in the church is that it creates many of the issues described in the definitions above. Maybe pioneering needs to be more of a team thing, a deliberate team thing. 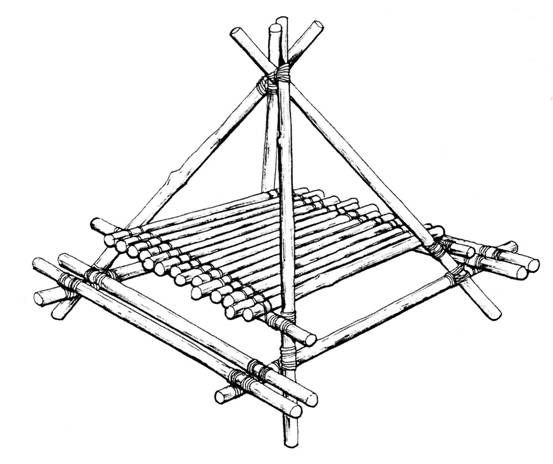 There is also much for the church in regard to pioneering, it needs to learn from those who do it, encourage it an be the team that gives it a go, especially if beyond the buzzwords theres a realisation that pioneering is just about doing what was authentically the mission Christ gave to the disciples in each local area. To go, make disciples, and to do good. The worst thing that can happen is that it becomes another catch all for everything, or derided as something just as a fashion a fad or business speak. If it captures the essence of going to the margins (because thats what might be needed to be pioneering) and planting, creating and developing approaches that are good, that might be new (in that context) then pioneering is the challenge and prophetic voice that the church might be in need of hearing and embodying in its good practical work in every local community.

Some of the definitions from the conversation were from those who are the real pioneers, so learn from them, reflect on their definitions and where their passions are. I thank them all for their honesty, insight and wisdom on this. I would so hope Pioneering does not become the buzzword everyone starts to hate, or the establishment derides as not needed. But language and its overuse might be a problem.

3 thoughts on “Is ‘Pioneering’ in danger of becoming an overused buzzword in the church?”