Youthworkers effectively were tasked with policing the streets – or policing the third space in between organisations, so that young people wouldn’t fall through the gaps.

There is a new place for youthworkers, to effectively police ‘in town’.

And, though it is not new, it is back with a vengeance.

Young people are to be happy, and to be well.

The area of value is not the social space of the park, but the heart space, the attitude, the feelings of the young person.

Policing young peoples emotions so that ‘they are not unhappy’ with their lot..- I wonder.

I am just returning back from todays In defence of youthwork national conference, in Birmingham, in which the principle subject was on ‘happiness and well being’ . A number of conversations curated the day in which the concept that youthworkers had a new responsibility of ensuring the happiness of young people was a significant part of them.

I might suggest, that we would do well to be able to determine what ‘Happiness’ is – or even what ‘well-being’ is (and well being was only referred to during the day). But Happiness was explored in brief by Tony Taylor in the morning, and referring to Aristotle talked about human flourishing, and ended with a call to social happiness, social well being – after regaling his own frustrations with happiness as concept that focuses on the individuul to find contentment in the most shittest of situations, the most restricted of settings, education systems and welfare and benefit systems and housing scenarios, not to mention family, health and employment situations. But yes – ‘Be Happy’ throughout.

If the world of psycho- therapy and self help – places much of the responsibility of determining happiness with the individual, and I admit at this point, having recently undergone a period of time where counselling and therapy has been profoundly useful for me personally, I am also intrinsically aware that an individual can only affect their own happiness in a certain way. And equally, it has only been after my own counselling that I may even have tools and concepts to hand to help young people deal with their emotions. But is that the point?

But ‘Man is not an Island’. We are in community, as are every single young people and the groups of them who we interact with. There is a flow of communication, attention, emotion, complaints, pressure, tasks and trauma passed around, and young people may not, can not have the tools and experience to cope with these. Not without serious therapy and counselling – surely (and that isn’t the role of the youthworker is it..)

I am reminded of the considerable work of Cormac Russel and the Nurture Development site. Whilst there may be critiques of the purist Asset based community development. What I find in that resource, is a real determination to understand that community flourishing, community use of gifts, community development is the principle key to unlock many of the issues that any individual within it (including young people) will be. Developing community is key, good youthwork only exists in good community work. Social happiness may only be possible when the whole community is more on an equal footing, as ‘The Spirit level’ book ascertains. And so, poverty and inequality are factors in the depression and sadness that all face – even the rich- because their wealth is never enough. Loneliness is not an individual problem, it is a community problem. 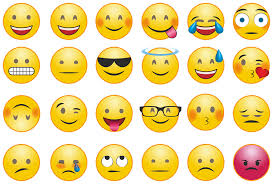 I might break off from this point and insert that it is far too difficult to not look at even our most prominent belief stories as episodes of individual faith, because our lens has shifted so far into the quagmire of individual thinking. A tendency to tell the Christian story about ‘how God saves me’ – might be dominant – but the reality, as the most famous verse in the Bible says ‘God so loved.. the whole world’ … the isrealites wandered in community, the trinity is a community, the early church was a collective. It would be dangerous to read to closely the position of the christian faith (as one example) as solely about ‘the individual’ – yet from our vantage point where individualism is key it would be harder not to. This is the point Christian Smith makes, saying that american Christianity for young people has become less of a community transformation programme (Vanhoozer, 2010), but a ‘self help therapy for the struggling’ – ‘Jesus is for me’ (Smith, C 2003)

I digress, but I think you see my point.

The rise of individualism has infected religion. Our lens is on ourselves, and our own miscontentment. We are own advertisers nightmare. Plagued by our own sense of disconnect and deficit, waiting or the next product to help us feel good, or shopping to alleviate the pain. Or alcohol. Id is from our own plane that we stand. Not ours in community context, but thats what we need to resist to think about young people. see them in community context. See them as Goetschius and Tash (1965) tried to say. within a web of community with values, behaviours and interests all interacting in a web of community.

Community flourishing seems a distant dream. The subtlety of neo liberalism, and its evangelists, has placed the responsibility of the shite of the world on the individual to cope with and be happy within, and find all manner of things for dealing with it, and their own mental health – exercise more, eat healthily, meditate – but don’t dare try and make the system be responsible.

About 11 years ago I was involved in a mentoring programme in and linked to schools, helping young people who struggled with school to re connect back, increase their timetable or to deal with some of their issues. Within that programme, it became apparent that dealing with young peoples emotions, or shall I say, helping young people identify, to name, and to reflect on their reactions due to their emotions was a key part. I read Emotional intelligence by David Goleman, as a result. I started to use the Brief solutions therapy mantra of ‘steps’ ‘numbers out of 10’ and giving, I thought young people space to explore emotions. But in such a short term, formal mentoring space it wasn’t ever really possible. It was not done in trusted relationships, and they were too agenda’d. But what I am trying to say is that dealing with young peoples emotions isn’t new. But dealing with young peoples emotions, anger, frustration, hurt and pain, in isolation is doing them a disservice. Helping them cope is only one part of the equation.

And measuring this… well that’s a minefield…..hoping young people tell us how happy they are… really? – when most of us feel happy differently by the hour…

I am not going to return to points ive made previously about ‘Austerity Generation’ and the ‘Market Ethics of schools’ – but something is as clearly wrong. And it is not social medias fault. Social media is a tool, and is often an escape. (and least young people aren’t drowning their sorrows in alcohol as much anymore)

So – what does it mean for youthworkers to be the police of young peoples emotions? Are we in danger of returning the role to the chirpy ‘youthworker as red-coat’ that Tony Jeffs and Mark Smith describe – always being the buoyant entertainer that distracts with fun – or the friendly youth work therapist who tries to go deep… quickly. But really – what is a youthworker really able to do? Or is qualified to do?

I end this piece with a short delve into some psychology that I am increasingly finding useful.

Deci and Ryan suggest that all human beings are motivated by each of these three things:

From a youthwork perspective; Howard Sercombe writes that youthwork is a ‘professional relationship in which young people are engaged as the primary client in their social context’ (Sercombe, 2010)

My overriding question, if youthworkers are to be the ‘emotion police’ is – what kind of connection, autonomy and competence in this space is a young person actually able to participate in? – and in addition – what does this focus on emotions, as a target, do for engaging with young people , as the primary client, in their social context.

If we meet young people in their space, or try and create safe spaces for conversation, what kind of space is a young person going to engage with if its not derived by their agenda, their interests and passions and gifts – rather than be a space where their emotions are under scrutiny.

Youthworkers, who curated during the day, are some of the most imaginative around for trying to do practice that ‘looks like youthwork’ even in a space dictated by the latest agenda ( and knife crime is also another one) – and significant credit where credit is due, as any work with young people is valid and important. But policing the streets was an impossibility and best left for police – the intensity of young peoples emotions might be best left with the kind of well trained counsellors who can do this.

Maybe youth workers have crosses the line and subliminally become the crisis therapists, employed by the crisis theoreticians as spoken of by Freire here; 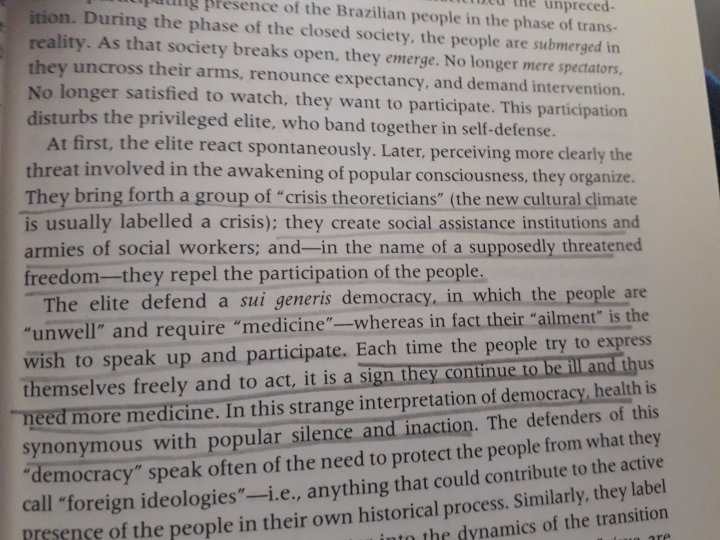 But whatever happened to just trying to to create spaces of relationships, of creativity, or groups, of activity, of participation and even entrepreneurship all of which will allow young people to have connectivity, autonomy and become competent. Then, and this done in community, with families, with the institutions, and others, might be the best way of making more than just young people happy. It might make the community happy too.

We would never say that we would want young people to feel worse after meeting us, but happiness might not be likely if we have exposed and helped them become more self aware of the issues that affect them and how they react. They might know more but be less content as a result, needing a personal struggle to assimilate new information into their previously normative world view and identity.

We’ve got a long way to go. But the journey doesn’t start with fixing young people and helping them feel something, despite their circumstances. Policing young peoples emotions… really? Is that what youth work has come to?

2 thoughts on “Should Youthworkers be ‘policing’ young peoples emotions?”