Safety first. That’s been the watchword of most youth ministry. Buoyed by parental expectation and the fear of losing young people, safety first has become the dominant thing. Research by the Barna group released a few weeks ago showed that the principle expectations that parents put on youthworkers for their young people is conformity and safety, discipleship that looks like participation within the structures of the local church, that research is here: https://www.barna.com/research/pastors-parents-differ-youth-ministry-goals/.

Quite a while ago now, in 2005, Christian Smith (Soul Searching, 2005)  discovered that in America young people were largely conformist to their parents faith, were broadly conservative as opposed to rebellious, but 10 years on, what effect has that conformity had, and where might those young people be now, things may have changed.

Does anyone in Youth Ministry remember a time when Youth ministry , its rituals, practices and symbols pushed against the status quo of the mainstream church?  I certainly dont. But even as a young person, the aspects of youth ministry that seemed to be slightly nuanced and distinctive about what I was involved in have now been adopted by the church. Though even then Concert style worship was being done by the adults, like the delirious gig i would have gone to, and Soul Survivor was and is only a Young person version of Spring Harvest. Even then youth ministry was barely distinctive or rebellious, merely a louder version of conformity. When a non conformist worship leader tried something new at such a place – they werent given a repeat – such as Johnny Baker at spring harvest , or Kevin Prosch at soul survivor. Worship that challenged the soft rock 3 verse and a bridge structure wasnt ok. And whilst generally none of this participation in practices of conformity is a bad thing necessarily in small doses, as Nick Shepherd argues, as it often helps young people generate a faith identity (Faith Generation 2016) – are these practices pinnacles of the level of danger in the faith of young people?

In the same way , a look through resources and ready to use material for youth ministry and theres a high level of valid education, but also a high level of conformity.  ‘good’ behaviour is expected from young people ( the ‘moral’ in Moral Therapeutic Deism), again, its not to denegrate this, but is conformity to the world the overarching scriptural message? Has the professionalism of youth ministry encouraged conformity – when youth ministry in the 1960s-1970s that challenged religious status quo was a youth led movement.  Young people then are church leaders now. Theres the conformist problem, their rebellion is now inherited conformity in the mainstream. Evangelical charismatic church is mainstream. Matt Redman is played on the organ. Youth Ministry grew up into the church. It is not dangerous to go to soul survivior – unless a young person is not from a ‘christian home.’

A pause for breath and a look outside the church for a second. See what else is going on.

Does anyone remember a year or so ago, the conservative party wanted to ensure that all childcare providers were registered and promoting only their own version of ‘British Values’ – whats that all about – enforced conformity..

From another angle; As an alternative to youth clubs, NCS, and Connexions before it, have been implemented by the government as its flagship youth work programmes. NCS in particular has grand claims to make young people citizens in a form that only it knows it can in a 6 week programme. I guess if you can define a citizen in such a way, then it is possible. Yet at the same time, youth work that might have values of democracy, and informal education, that is inherantly political, possibly challenging and dangerous is all but closed, instead, in its place a high conformity scheduled programme.

And thats before even thinking about the sausage machine of the current education policies of the government. reducing critical thinking subjects and increasing testing and data collection, pushing young people in a certain direction, or deemed failures if they cant make it.

Young people are being constricted and conformed in all directions. Most are voting with their feet and staying away from the lot of it, and creating their own world, their own stories and narratives online. Where they can be. Others still do this in the public spaces, though most of these are under surveillance.

As you may have seen I was reflecting on the incident in the Temple in Jerusalem in the first Holy week. That it wasnt that the religious leaders were indignant that Jesus turned over the tables, but that it was the next generation that were singing his praises. the next generation were on Jesus’s side, Jesus the revolutionary, the challenger of the status quo, challenger of a corrupt system that maintained inequality in society, that the church was complicit in. (Matthew 21:14-17)  To read that post in full click here: http://wp.me/p2Az40-Uf

Jesus didnt stop the children doing this. He even endorsed their singing.  Though no one would have known the events coming up (except Jesus himself)- the children may have been put in danger by what they were doing, they were intuitive enough to know that what Jesus represented was something to believe in, in that context. Their worship of Jesus was evocative, provocative and challenging. It was dangerous. Much of what Jesus expected his disciples was less contextual conformity, and more enacting the over abundance of love and grace in the world. Turning the cheek and all that. Loving enemies and neighbours and all that.

So, going back to conformity and danger. How might youth group be a dangerous experience for a young person? –

How might youth ministry reclaim its once counter cultural, counter church cultural position? – or can it?

Safe youth ministry still isnt working, and the world stands on and watches and sympathises with a shrinking church and a placid church. It is only a moral quest to have Easter returned to the front of a national trust leaflet. A dangerous church – what would that have done?  Defending modern materialist symbols for Easter ( a chocolate egg) might be the last of its worries. It isnt all the church does, i realise, but its being made to only look like the moral voice on seemingly trivial matters.

If Safe youth ministry isnt working – and young people are still voting with their feet out of the door of the churches. (except in a few large church situations- not unlike the findings from Smith)

So, What might be done to make Youth groups and Youth Ministry dangerous?  rebellious in culture, a threat even?

1. Help young people look at the world around them, interpret it in Gods eyes and facilitate how they might love it like Jesus would.

2. Let them tell you why they like the words in songs. or films they like, and talk about the powers and influences in the music and film industry and the messages – not so that they avoid them, but so that they might challenge them in some way.

3. Don’t do youth events. Create actual youth participatory churches. Challenge the religious leaders and make them stand on edge. let young people create their own songs, poetry and forms of worship. Create new from within, rather than ‘going to an existing event’

4. Help them read the Bible in the context of its day and see how Jesus challenged people around him, was unpredictable, compassionate to the unlikely and loved in abundance. Help young people discover that the Bible is a plausible myth (as in story that has deep resonance) – and that they have a part in playing it in the future. Once they do that we as youth leaders should encourage that fight against the system mentality. Giving in to it shouldnt be the only option. 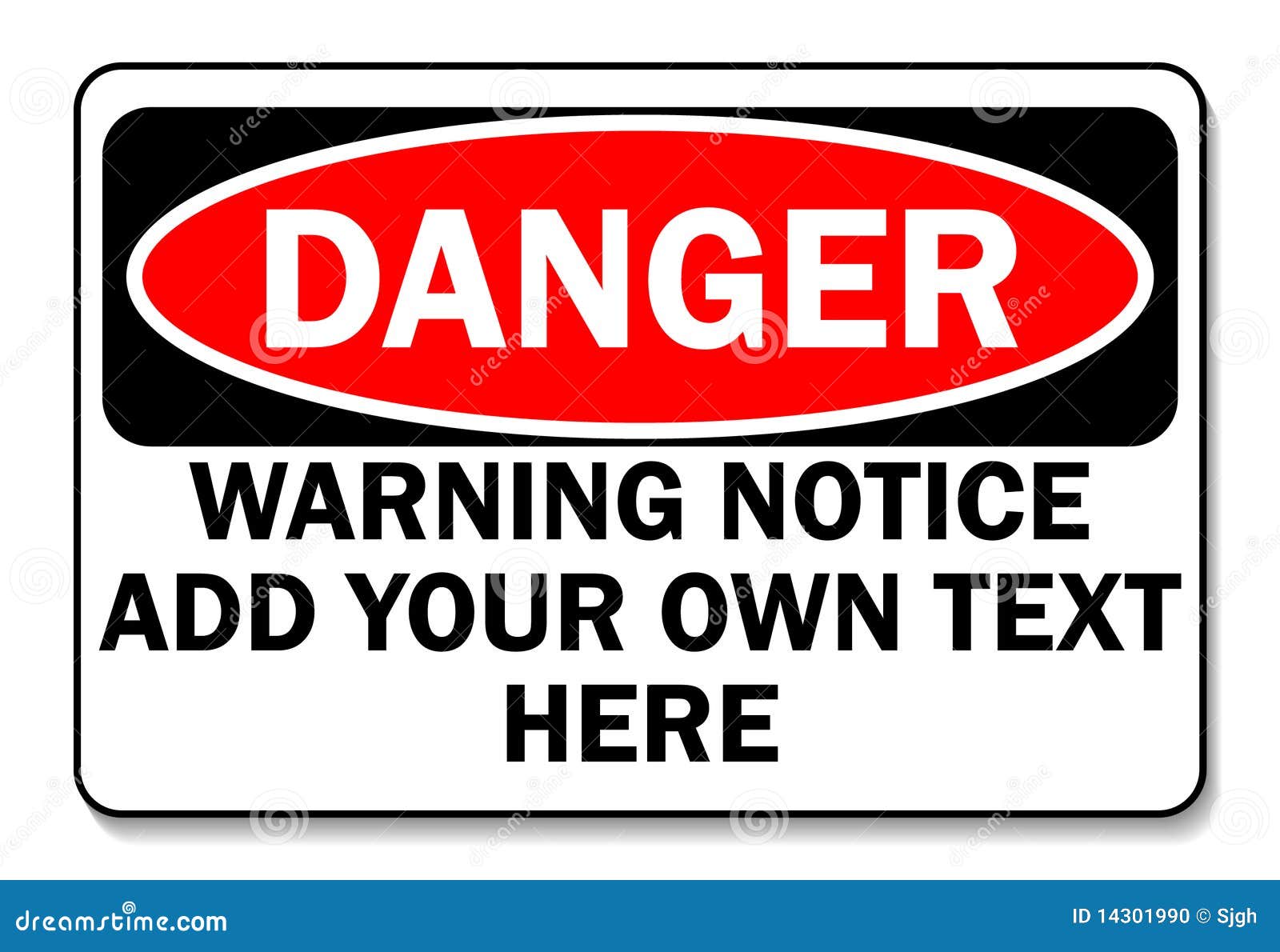 5. Challenge cultural norms like materialism, food poverty/waste, inequality with young people- if they’re going to be good citizens make them proactive in standing against injustice.

6. Develop using young people in ways that society finds odd. Make them community leaders, responsible, world and local community transformers. Social entrepreneurs ( see this post: Young People as Social entrepreneurs) Cause them to sing a tune of local revolution. They know Jesus loves them, theyve been singing this since Sunday school. Love is a verb. It has to act.

My imagination only goes so far, But, if young people are continuing to form an orderly queue out of the church, then a dangerous youth ministry might equip them for critical engagement and local community transformation. Itll be worth it for the good it will do for them as people, and the future of the church, and for current humanities sake. In a world where conformity is rife and young people are having every avenue of rebellion sucked out of them in the institutions, maybe the church as a counter cultural movement itself can be leading the way in making youth ministry dangerous and causing pent up rebellion to find a home, not a safe home, but a creative one. Christian faith and community change go hand in hand, and young people need causes to believe in, and I see no reason that social justice, community activism and taking risks shouldnt be the core of youth ministry. If young people are joining greenpeace to save dolphins 2000 miles away but not signing up to the church to help with food or social poverty 2 miles away then the church has missed a trick.

What might the Lord require of young people – oh yes, do what is right (not just good, but righteous/justice), to love mercy, and to walk humbly before your God.  Walking where to – places to do justice, to love mercy and find God and worship him, even in the temple where the leaders become indignant. Might the way the church forms and disciples young people be more dangerous and less safe?

(This article appeared under a different title and page recently, and so thank you for finding it if you had to click via the old page)

One thought on “Safety first; the motto of churches turning young people & youth workers away.”